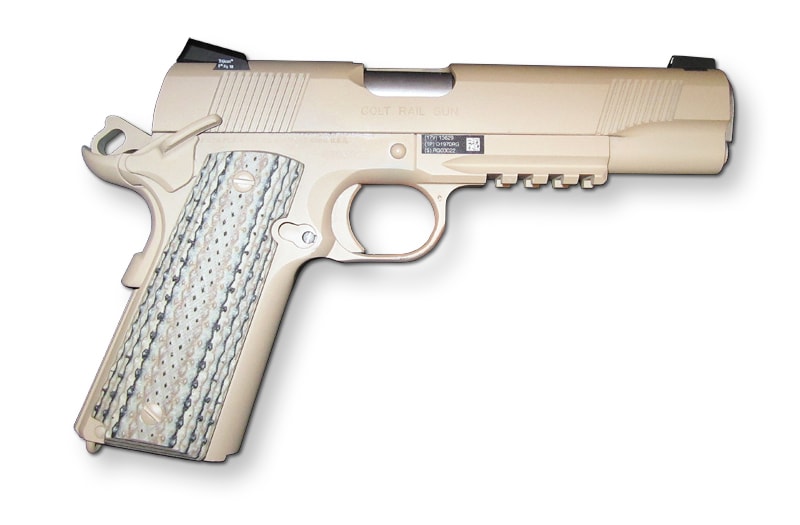 Cerakote Firearm Coatings is proud to contribute to the United States Elite Marine Corps units by having their Colt 1911's coated with the industry leading firearm finish. According to a recent article titled 'Elite Marine Corps units to field new pistols' by James K. Sanborn at www.militarytimes.com states "The Marine Corps’ elite special operations and reconnaissance units will field thousands of new .45-caliber pistols over the next four years, military acquisition officials confirmed Thursday... The pistols will be manufactured at Colt’s plant in West Hartford, Conn., and delivered to the Marine Corps by 2017, Hamby said...  The weapon Colt submitted for this contract competition includes a dual recoil spring assembly, meant to reduce recoil. It was furnished in a desert tan color and featured a Cerakote finish designed to reduce reflection and prevent corrosion. The pistol also features more stainless steel parts, which should help it withstand the harsh environments where special operations and reconnaissance Marines operate — particularly in and around saltwater."

To read the entire article, head over to http://www.militarytimes.com/news/2012/07/marine-corps-marsoc-new-colt-45-caliber-pistols-071912/