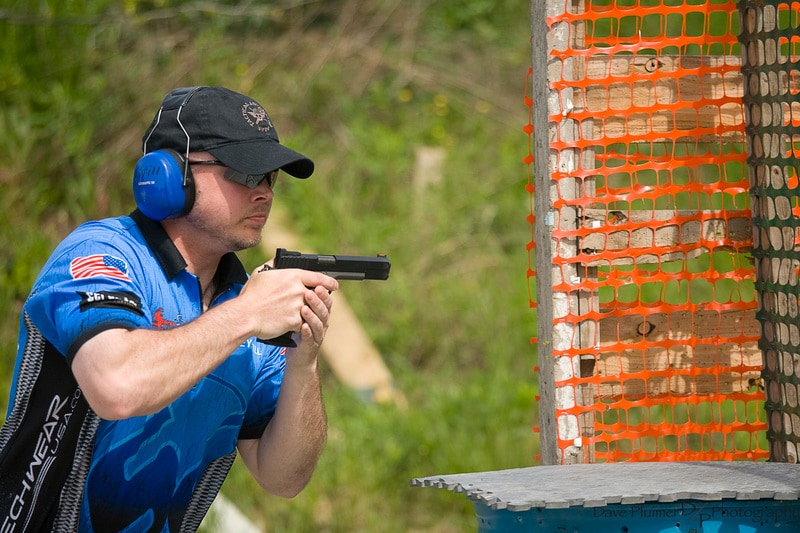 The choice to use Cerakote Firearm Coatings was easy for Corey; he needed an industry leading gun coating that would endure the stresses of a variety of speed shooting matches. Estill states, “Cerakote as a gun finish has been, by far, the best finish I’ve used and I’ve used every new finish out there. The coating levels out any highs and lows in the slide-to-frame fit, making for a super-smooth action. The finish holds oil so that I never have to worry about my guns getting dry as the match wears on. I dry-fire almost daily and the finish on my custom 1911s and CZ Shadows show virtually no wear from the draw practice I do from Kydex holsters. The barrels are coated as well and show very minimal wear on the contact surfaces and nowhere else. On top of that, the guns just look good!”

Corey will soon be competing to get into the top 25 at the Speed Shooting Nationals, and Cerakote gun coatings will have him covered.