Up to 99% Increase in Corrosion Resistance

In coastal and offshore environments, corrosion protection and performance are critical to items such as fasteners, bolts, threads, and more. Not only is low friction important for these applications, but so is corrosion protection. Identifying that Cerakote is an ideal replacement or alternative to PTFE coatings, we decided to put our product to the test against the other industry standard coatings.

The analysis was conducted in a Q-Fog salt chamber in accordance with ASTM B117, and evaluated using ASTM D610 for degree of corrosion. All coatings were applied to bolts and hex nuts commonly used in industrial marine environments. Cerakote’s standard for corrosion failure is rust grade 5-G, 3% rusted.

At 48 hours into the analysis, both grades of Teflon® had surpassed the 3% failure standard on the body of the bolts. Teflon® bolts were pulled from the chamber at 640 hours with 100% corrosion. 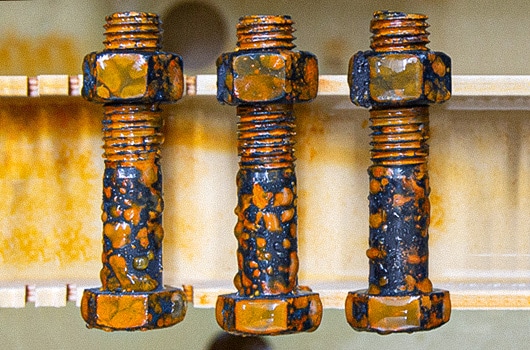 The Xylan® bolts reached the 3% failure standard at 530 hours in the chamber. These samples were removed from the chamber at 1,871 hours with approximately 60% corrosion. 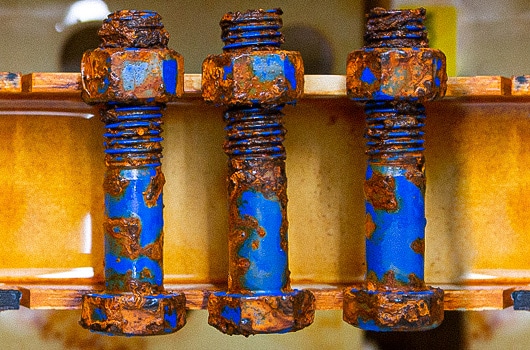 By contrast, at 3,963 hours the Cerakote Blackout bolts had not reached the failure standard. 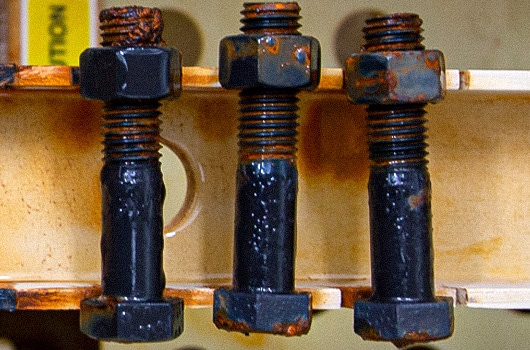 Corrosion levels of Cerakote Blackout after 4,008 hours, Teflon® Black and Teflon® Metallic Black after 640 hours, and Xylan® after 1,871 hours.